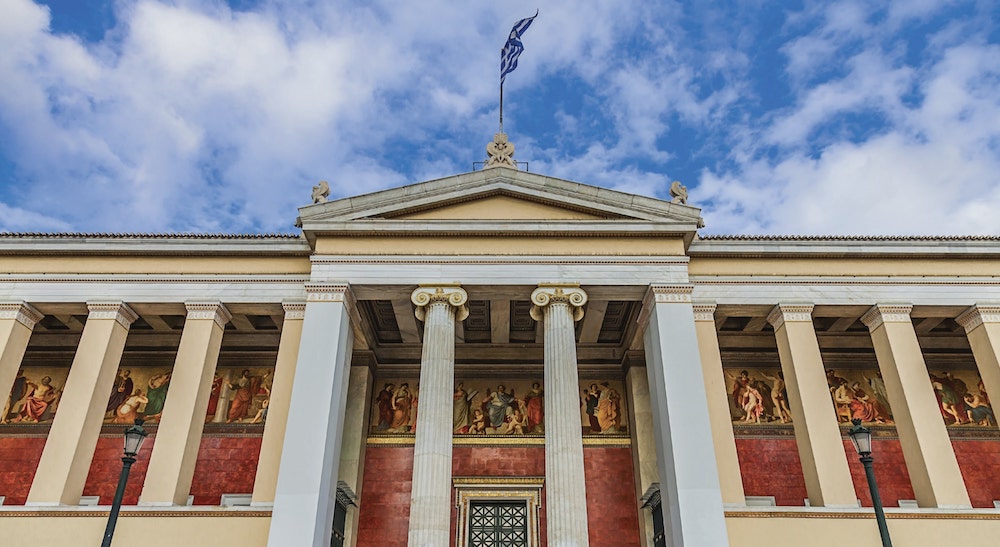 About National and Kapodistrian University of Athens

The National and Kapodistrian University of Athens, officially founded in April 14th, 1837, is the first University not only of Greece but both the Balkan peninsula and the Eastern Mediterranean region.According to the «Top Universities by Top Google Scholar Citations» rankings by Webometrics, the National and Kapodistrian University of Athens is ranked 41st in the world, 10th in Europe and 1st not only among Greek Universities but also among Universities of the Balkan and Mediterranean areas. We believe that universities are about knowledge, innovation, as well as the pursuit of excellence. We are committed to work towards the advancement of critical human capacities, contribute to sustainable development and social cohesion and promote our country's cultural heritage, with respect to the principles of democracy, ethics and cultural diversity. NKUA offers a wide range of study areas; 68,500 students are currently enrolled in 43 undergraduate and 200 postgraduate programs or pursue doctoral studies. Our University was the first University in Greece to launch a program all the courses of which are taught in English, exclusively for international students, the “BA program in the Archaeology, History, and Literature of Ancient Greece” by the School of Philosophy and more such programs in various fields of science and arts, like medicine, economics etc are soon anticipated. 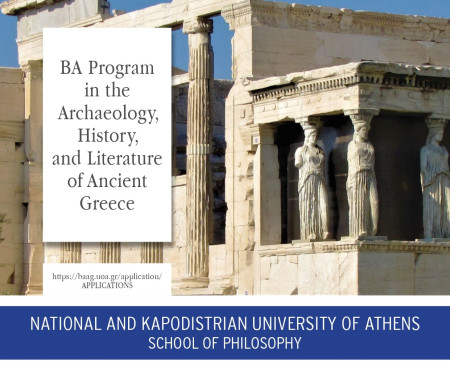 BA Program in the Archaeology, History, and Literature of Ancient Greece

A four-year BA program taught in English, devoted to the study of Greek Antiquity. The program is offered by the National and Kapodistrian University of Athens (based in its School of Philosophy). Aimed at international citizens, it offers a unique opportunity to study the culture of ancient Greece while acquiring first-hand knowledge of some of Greece's most important archaeological monuments and sites, such as the Athenian Acropolis and the Parthenon, Delphi and Olympia. The program includes courses in Greek archaeology, ancient Greek history and literature, and modern Greek. With an academic tradition of more than 180 years, the Institution guarantees a high quality undergraduate program, based on experiential learning and offering both the systematic disciplinary knowledge and critical and creative thinking skills.